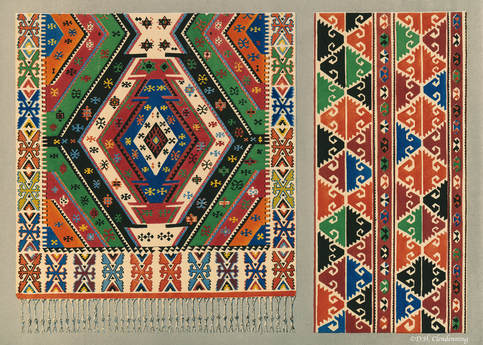 Title: Carpets from Turkey, chromolithograph.. Order No.: A1-1500. Published: Day & Son, London. Private collection.
Day & Son (1823-1867) was a major British lithographic firm of the second third of the nineteenth century. The firm was granted the status of 'Lithographer to Queen Victoria' in 1837.  In 1851, The firm produced the book The industrial Arts of the Nineteenth Century. The firm was taken over by Vincent Brooks in 1867.
Surfaces on Textiles