Almoravid and Almohad Architecture
Almoravid Remains in North Africa and Andalusia
Murcia and Monteagudo
Crafts
New Directions in Religion and in Aesthetics
Seville, the Capital, and her Friday Mosque
Other Almohad Mosques in the South-Western Province
Palaces and Fortresses
Murcia Province: Cieza
Influences on the Christian North 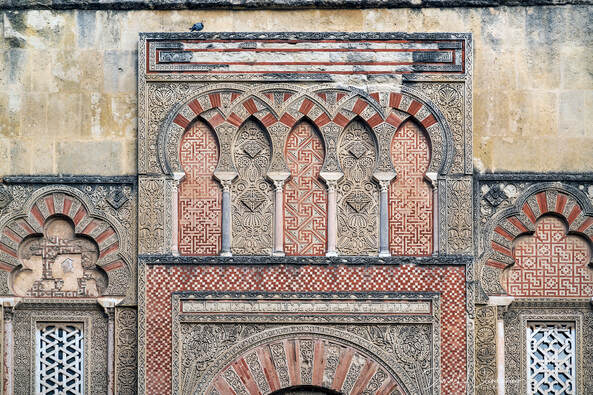 Title: Top of the East porch of the Great Mosque of Cordoba, dating from the time of al-Mansur, late 8th century. Geometric composition of windows and Islamic Arches. Order No.: A1-6047 Location: Cordoba, Spain (2017)
Madinat al-Zahra is located some five Kilometres to the north-west of Cordova. The job of site foreman, so to speak, was entrusted to the Crown Prince, the later Caliph al-Hakam 11. 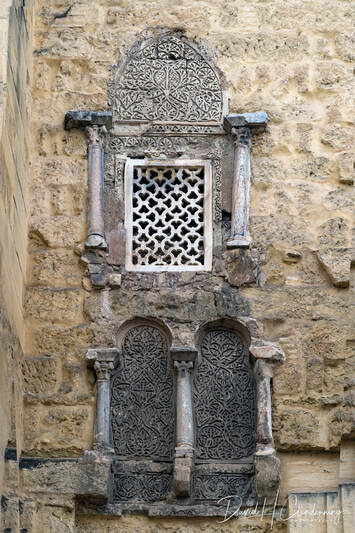 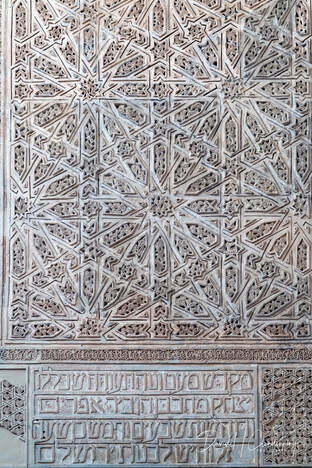 _DSC5966 Title: Mudejar Architecture design in Cordoba Jewish Synagogue, c. 1315. Order No.: A1-5966. Location: Cordoba, Andalusia, Spain.
Cordoba Synagogue, c. 1315, is an historic edifice in the Jewish Quarter and it was decorated according to the best Mudejar tradition. It is the only synagogue in Cordoba to escape destruction during the years of persecution after the expulsion of the Jews in 1492. Although it now longer functions as a Jewish house of worship, it is open to the public.
All images taken in museums (marked by "RN") are not for sale and are for educational purposes only
Architectural Wall Tiles
In the Middle East, tilework was originally developed as a decorative cladding for brick structures. By 1160, it was in use in Turkey, where tiles were later applied to stone buildings using mortar. The most accomplished type had colourful design painted on a brilliant white background. These were produced in the town of Iznik from about 1550.
Wall Tiles from Turkey - Iznik style
Iznik Tiles, Ottoman,  Rusrem Pasa Cami (Mosque), 16th C, decorated famous floral and geometric tile designs, Istanbul 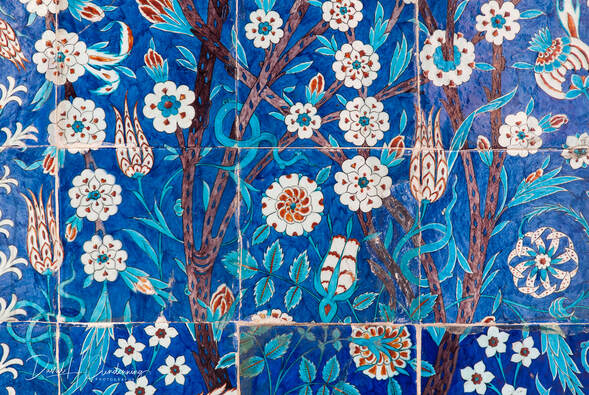 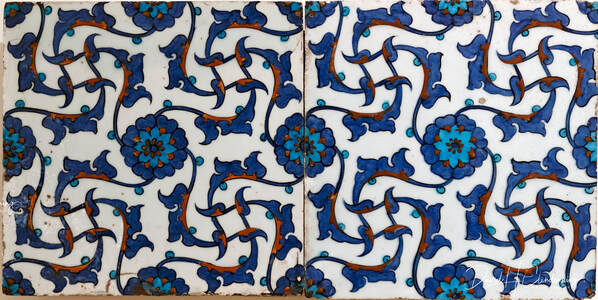 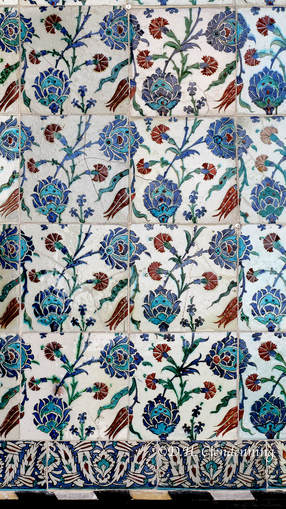 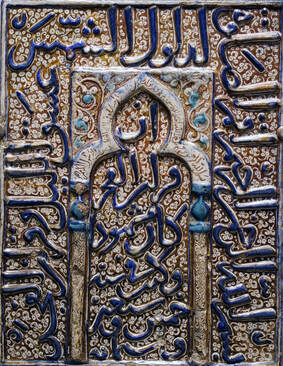 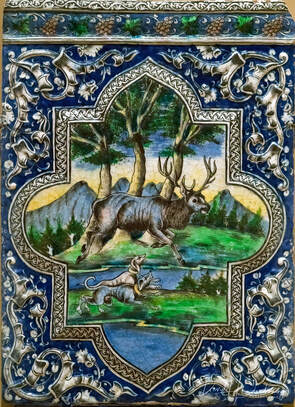 Title: Stag in Forest. Qajar Period, 1779-1925. 19th century. Stonepaste, polychrome painted under a transparent glaze. Order No.: A1-1920. Location: Iran.
Syria - Damascus Tiles
The Ottoman Empire extended into Syria, where its artistic expressions were adopted. Syrian potters could not achieve the brilliant red of Iznik, but their designs were often more robust. 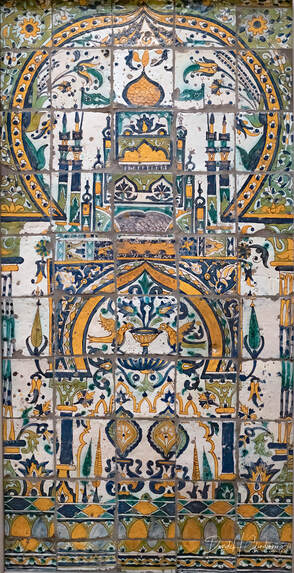 Title: Tunisian Tiles, Late 19th century, Qallaline. Order No.: RN-9886. Location: Philadephia Musuem
All images taken in museums (marked by "RN") are not for sale and are for educational purposes only
Portfolio