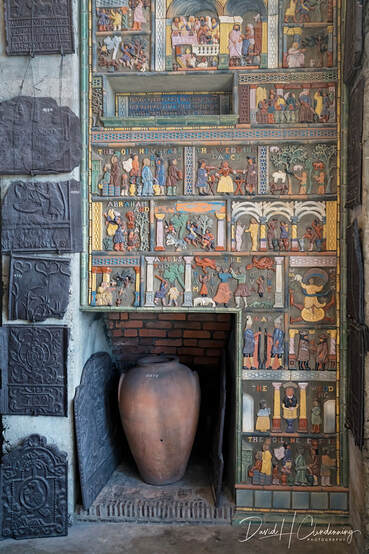 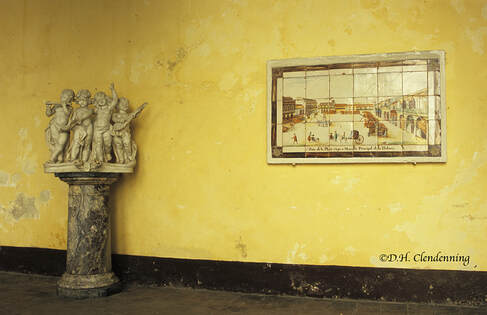 Mexican Glazed Terracotta Talavera Tiles, 17th C.
Talavera tile is rich in both history and color and design. With a backstory rooted deep in Colonial Mexico, Talavera tiles feature an array of patterns and vibrant colors.

Talavera originated in medieval Iberia and was inspired by an Islamic aesthetic.

In Spanish, tile translates to “azulejo”, which derives from the Arabic word for “faience, ornamental tile”:  زايج. Moroccan zellige tile, also comes from this word. Talavera tile’s namesake is the Spanish city of Talavera de la Reina in Central Spain. This town produced the majority of glazed tile and pottery in Iberia in the 16th and 17th centuries.

Tiles of a similar a ceramic type were produced by the workshop of Ibn al-Ghaibi al‑Tawrizi, which operated out of Damascus in the early fifteenth century before relocating to Cairo.

Under Muslim rule, glazing techniques and patterns became popular in Iberia (today’s Spain and Portugal). Islamic Art was then part of everyday life. Through the Reconquista, Spaniards adopted tile making techniques and later brought those to the Americas. The “New World” hub of Talavera pottery was Puebla, a city founded shortly after the arrival of the colonizers. Still today, we associate the beautifully ornate, and often blue and white Talavera Poblana with this city and its rich colonial history.

Islamic Cuerda Seca
In addition to traditional Talavera tile, producers in some locations also offer textures relief tiles. Islamic Cuerda Seca technique inspired these products. Cuerda seca translates to “dry cord” and was probably first developed in the second half of the 14th century in Central Asia and Iran. The production of this ornate tile is the most time and labor-intensive of all of tile offerings. The reason is that artisans meticulously sketch and hand paint each intricate design. The hand-crafting process of fabricating a relief tile may take upwards of 20 times longer than a solid color tile!

Title: Mexican Glazed Terracotta Talavera Tiles, 17th C. Order No.: A1-2853. Location: Church of San Agustin, Atlixco, Mexico.
These brightly painted and glazed tiles are examples of ceramics broadly known as Talavera, produced in the Puebla region of central Mexico. These ceramics emerged after Spanish colonizers arrived in the region during the sixteenth century. In the wake of the establishment of imperial rule, Spaniards familiar with the process of making tin-glazed earthenware began to settle in Puebla. Local craftspeople learned these methods and Talavera developed as a blend of indigenous Mexican imagery with Spanish methods and motifs. Many ceramic workshops were established to produce a range of products, and Puebla became famous for this type of earthenware. Buildings throughout the region are decorated with tiles like these; the ones here were probably made for the Church of San Agustìn in the city of Atlixco. - Isabella Gardner Musuem, purchased 1909, Boston.
Talavera Pottery

Go to: en.wikipedia.org/wiki/Talavera_pottery
Today one of the main hubs  for talavera tile and pottery making is the small town of Dolores Hidalgo, just outside of San Miguel de Allende, Guanajuato. Talavera tiles produced today in Dolores Hidalgo use a mix of regional red clay. The most traditional form of a Talavera tile is a square. Artisans, either hand cut or extrude clay to size and fire the the bodies. Following the production of the bodies, artisan glaze the tile by adding decorative patterns through stenciling or screen printing. Afterwards, they fire the now colored pieces in a kiln.
Go to: en.wikipedia.org/wiki/Franz_Mayer_Museum