Mosaics
Greek Floor Mosaics
In this mosaic floor, the compositions are placed in a grid of squares. This greek and roman technique of structuring a composition would be adopted and adapted by Islamic craftsmen. 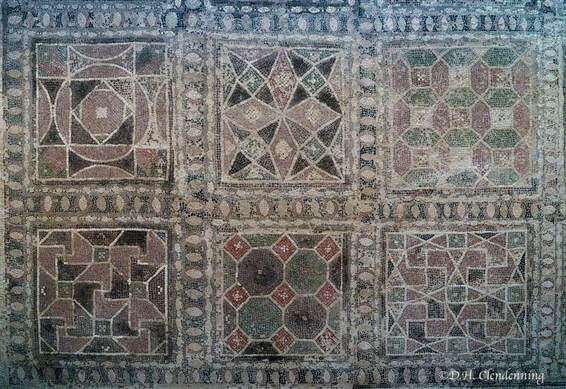