This 1868 Canadian flag was the first one made following the Confederation of Canada in 1867. The incredibly pristine condition of this particular and rare historic artifact makes it unique among those still extant. At four by seven feet (129 x 214 cm), its impressive size is startling. On the fly, the coats of arms of the four founding provinces, Ontario, Quebec, New Brunswick, and Nova Scotia are combined in one shield and surmounted by the Queen's Crown, which was used during Queen Victoria's reign.  In "reduced" tones, the red colour verges towards the red-orange in this original ensign. 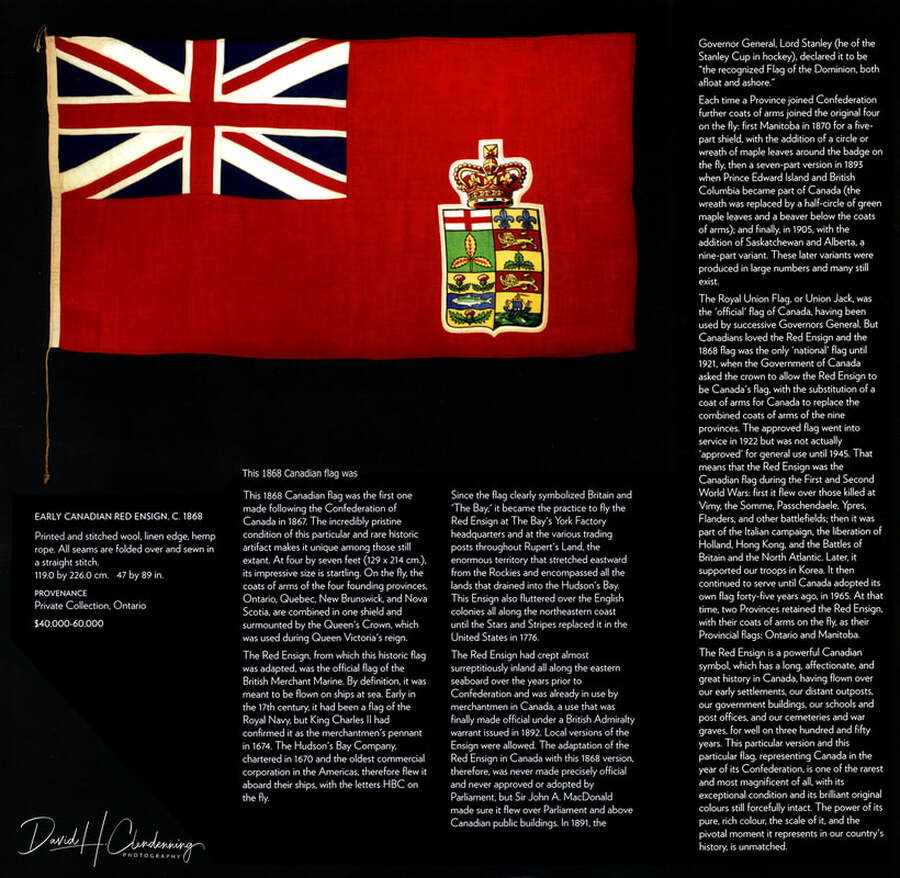 Title: Intricate Wood Carving of Canada's earliest Coat-of-Arms of 1870. Order No.: A1-8183. Location: Library of Parliament, Ottawa.
Coat of Arms of Canada