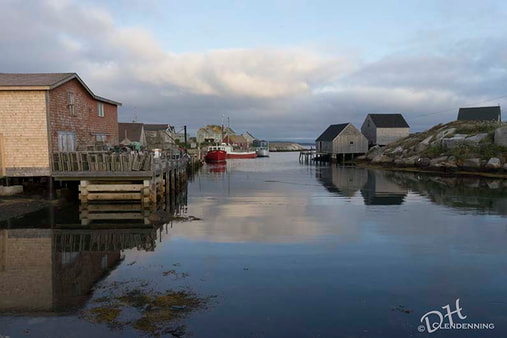 Title: Peggy's Cove. Order No.: A1-9279. Location: Nova Scotia Lighthouse Route
Fortress Louisburg, Cape Breton Island, Nova Scotia
In 1758 The British seized Fortress Louisburg. The British not only destroyed the fortress but also saw France lose control of Atlantic Canada, Quebec City and eventually claims to the rest of the continent save for some tiny islands off the east coast of Newfoundland. The reconstruction of the fortress was begun in the period 1961-71. 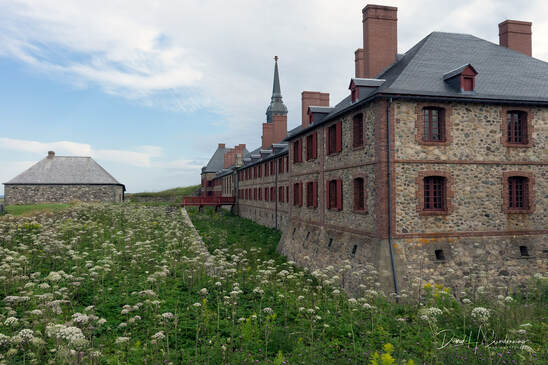 The first cemetery to be designated a National Historic Site. The cemetery contains many beautiful and varied examples of 18th century grave art. Many of the stones date from the 1700s.
​
The Old Burying Ground, which contains more than 1,200 head and foot stones, constitutes an unique  concentration of gravestone art. A rich variety of styles, poignant images and carving skills in reflected in these old stones. The wings skulls and the winged heads, or soul effigies, are exceptional. Used by all denominations, the Old Burying Ground served the city of Halifax from 1749, the year the city was founded,  until its closure in 1844. Fenced and landscaped in the 1860s, it was restored as a park and outdoor museum in 1990-1991. It bears silent witness to the complex cultural traditions of early British North America.
There are many Death's Heads seen in the Old Burying Ground in Halifax. In the 17th century, those who had the means to have a tombstone carved for final resting place usually had their name, birth and death dates, and a skull, skull and crossbones, or skull gnawing on a femur. There were also winged skulls, which gave the gravestone a lighter look and conveyed the message that life was a fleeting thing. In the next two centuries, a further changes can be seen in the death's head (now referred to as a "soul effigy") was swapping the skull for a human face and using words amplifying the idea of the person having a soul. With the emergence of rural and garden cemeteries in the mid-nineteenth century, the death's head have been replaced by a winged cherub, and any reference to the corruptible body had essentially been eliminated by inscribing the tombstone with flowery phrased such as "Sacred to Memory of" for "Gone But Not Forgotten." ​ 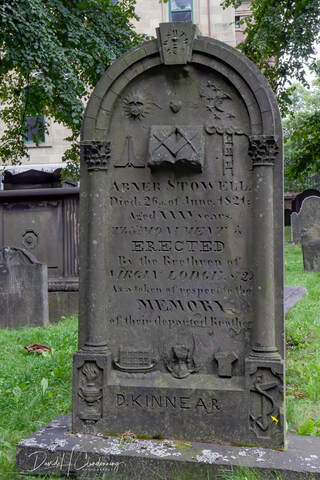 Many societies provided a death benefit as part of their membership, ranging from a tombstone to plot in the organization's cemetery, to a space in a community mausoleum. Some organizations even has their own large cemetery section to accommodate many members. This is a fine example of a tombstone of a benevolent society.
The image on this cast-iron gate is the Agnus Dei (Latin for ‘Lamb of God’). It is one of the most frequently used symbols for Jesus Christ.

In the Jewish faith the lamb was a sacrificial animal. It was sacrificed in rituals as a symbolic washing away of sin. Christ’s own sacrifice for mankind at the Crucifixion is symbolised by the lamb. ​ 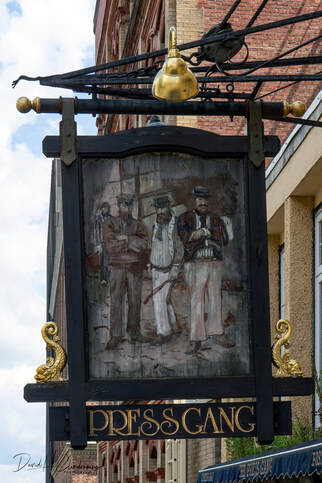 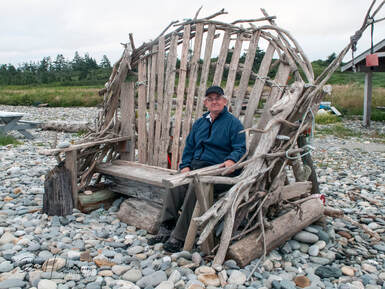