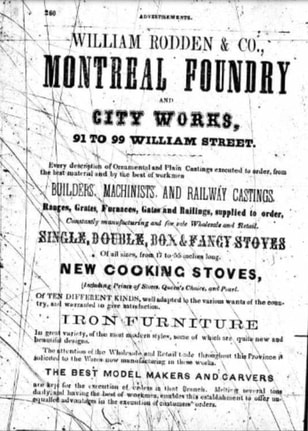 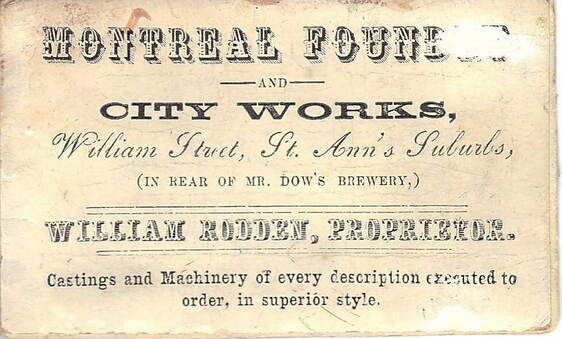 Back of Bus. card: Montreal Foundry and City Works. 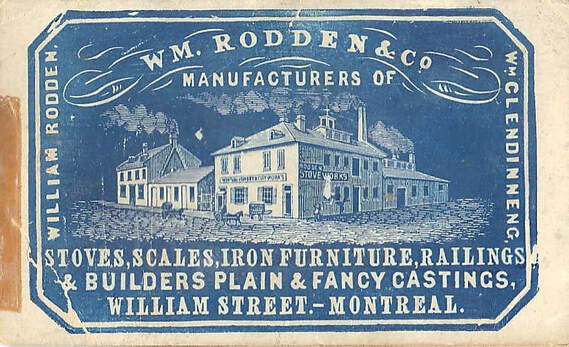 Front of Bus. card: Earliest Business Card of Wm. Rodden and Wm Clendinneng, date 1858. Year when Wm. Clendinneng was made a partner.
Montreal Sketches, 1864. Early description of the Clendenning Foundry. At the time, under the name of Montreal Foundry and City Iron Works.
Federal Charter of the William Clendinneng & Son Company (Limited)
Other Company Legal Documents
Clendinneng Iron Elements
Fences
Dufferin Terrace - A Royal Promenade
Dufferin Terrance and Gazebos around the Chateau Frontenac, Quebec City below the Citadel of Quebec, overlooking the St. Lawrence River.

Governor's Walk
Champlain, the founder of Quebec, built has new residence on this site in 1620. His successor, Governor Montmagny, enlarged it and added a boardwalk for his guests. Throughout the French Regime, the boardwalk of the residence called Chateau Saint-Louis would be open only to a privileged few.

After the conquest of New France in 1760, Chateau Saint-Louis was the official residence of British governors. The private boardwalk was reserved for the highest dignitaries until it and the residence were razed by fire in 1834. Four years later, the new governor, Durham, had a first public boardwalk built on the ruins.

The first boardwalk - Durham Terrance - was opened in September 1838. The 50-metre-long by 15-metre-wide structure followed the contours of what was once Chateau Saint-Louis. A wooden railing was inserted riverside. The boardwalk was lengthened by 35 metres in 1854. Streetlamps and an iron railing were also added.

Today's Boardwalk
Lord Dufferin arrived in Quebec in 1872 to take up the job of governor general. He was immediately smitten with the city and managed to halt the demolition of the fortifications undertaken by municipal engineer Charles Baillairge and other decision-makers with a view to modernization. However, Dufferin liked Bailairge's idea in 1869 to extend Durham Terrance.

The terrance was expanded from 85 to 430 metres in length. The iron railing was kept and made to run the length of the boardwalk  Five free-and-white-roofed gazebos went up along the cape, as well as a music gazebo on the city side. Lord Dufferin would lay the first stone before leaving Canada in 18978. The new boardwalk, renamed in Dufferin Terrance in his honour, was officially opened onJune 28, 1878. It has not changed since. The Ironwork is attributed to the Clendinneng Foundry. (photo 2009) 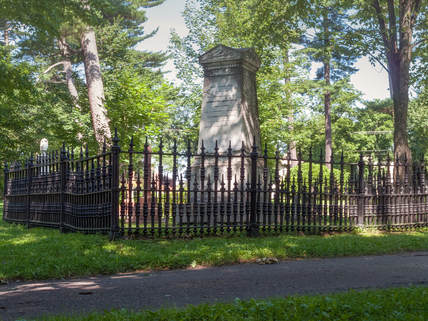 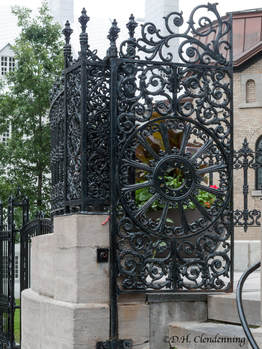 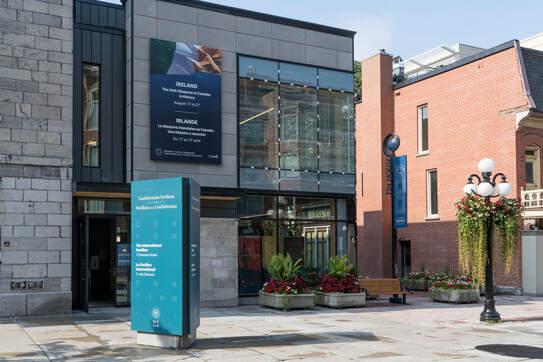 The Irish Diaspora in Canada: A History Exhibit, International Pavilion, Sussex Street, Opposite the U.S. Embassy, 2017