Tulips of Ottawa         -       The Beauty of Spring        -     Canadian Tulip Legacy
Historic Royal gift of tulips
​In 1945, the Dutch royal family sent 100,000 tulip bulbs to Ottawa in gratitude for Canadians having sheltered the future Queen Juliana and her family for the preceding three years during the Nazi occupation of the Netherlands in the Second World War.

The Canaidan Tulip Legacy
The Canadian Tulip Festival is held each year in the National Capital Region and is focussed on the memorable role of the Canadian troops in the liberation of the Netherland and Europe.

Symbol of International Friendship
iI was the well-known photographer, Malak Karsh that suggested the idea of a tulip festival to the Ottawa Board of Trade. The first Canadian Tulip Festival took place in 1953, and it became an annual event. In 2001 the tulip became Ottawa's official flower. In recent years, the festival began to focus more on international friendship and the festival's historic origins. Spring 2015 saw the unveiling of a sculpture to mark the 70th anniversary of the liberation of the Netherlands and the start of the tulip legacy. The sculpture depicts an infant Margriet with her mother in a tulip setting. The gifts of 10, 000 bulbs come ever year from the Dutch Royal Family and the Dutch Bulb Growers Association, augmenting and expanding the displays through Ottawa and Gatineau.

75 anniversary of the liberation of the Netherlands
In the spiring of 2020, the Canadian Tulip Festival planned to mark the 75 anniversary of the liberation of the Netherlands. However, due to the COVID-19 pandemic, the event was forced to move online. Residents were permitted to walk through the gardens, but were encouraged not to stop or linger in order to avoid crowds of people. Among other online programming, festival organizers offered a virtual garden tour. In addition, festival staff delivered bouquets of tulips to local hospitals as a way of thanking health care workers for their work during the pandemic.
A tribute to the Origin Country of the Tulip - Turkey
Beloved Bloom: The Tulip in Turkish Art
​Tea is British, cafés are French and tulips are Dutch. These Western cultural assumptions are understandable for the many people unaware of the history of tea, cafés and tulips. Europeans adopted the last two from the Ottomans. If the introduction of coffee houses into Europe was subject to social criticism in certain quarters, tulips immediately cast their luscious spell over the Europeans as they had over the Turks centuries earlier. Botanist Carolus Clusius brought the tulip to Europe in the second half of the 16th century and, along with them, the aura of mystique that surrounded both the flower and Ottoman culture. The tulip that is now deeply woven into the fabric of Dutch national identity symbolized wealth, nobility and beauty and influenced garden design and the fine arts. It also led to financial excesses in the Netherlands. During tulipomania (1633-37), a period of the Dutch Golden Age, tulips were so prized and expensive, that a single bulb ran between $40,000 and $80,000 and sufficed to buy an elegant home in the best district of Amsterdam. The fever, passion and emotion that tulips have aroused in both Europe and the Middle East raises the question of whether they might possess intrinsic properties that render them so spellbinding.

The tulip is native to Central Asia
The tulip is native to Central Asia, the original homeland of the Turks, explaining why it is inextricably bound up with their history.  This flower from the lilac family is firmly associated with the Ottoman period and the earlier Seljuks of Rum dynasty (1077-1308). Tulip motifs are found, for example, on the beautiful polychrome tiles and the flower appears in early Seljuk poetry of the same period. That Persian poets like Omar Khayyam and Hafiz also cite the tulip demonstrates that the flower’s appeal in the Middle East stretched beyond the Turkic world. There is no doubt, however, that the tulip came into its own symbolically and horticulturally during the Ottoman period where it occupies a place of choice in every imperial garden and artistic medium. The beautiful bloom decorates Iznik ceramics, textiles, miniatures and Ottoman-period illumination, carpets and embroidery.

Tulip Motive in the Ottoman Era
Gardens and the love of flowers formed key elements of Islamic art and imperial culture. The tulip became inseparable from Ottoman gardens and garden design. Sultan Selim II (r. 1566-74) ordered, for example, 50,000 bulbs of wild tulips for his palace gardens. The flower began to be cultivated and thousands of varieties were produced. The poetic Persian names that were given to them during the reign of Mehmed IV (r. 1648-66) further underscore the Ottomans love of tulips, such as ‘Light of Paradise’, ‘Matchless Pearl’, ‘Cloth of Love’, ‘Rose of the Dawn’ or ‘Fountain of Life’. The form of the perfect tulip in Ottoman culture differs, however, from European taste; the tulips that were considered the most beautiful were those that were long and thin and carried dagger-shaped sharp petals, a type often encountered in the Ottoman decorative and book arts. Tulips also reached exorbitant prices in Ottoman territories, like the ‘Pomegranate Lance’ that sold for $600 in the early 18th century. However, an imperial decree was issued to control speculation and fix prices for the most rare of the varieties, thereby preventing the tulip-based boom and crash the Netherlands witnessed. Akin to ‘tulipomania’ in the Netherlands, the flower lent its name to characterize a historical period. The ‘Tulip Era’, (1718-30), a time of great artistic ferment, effectively owes its name to the Ottoman trend and obsession for tulips in courtly circles. The Ottoman taste for tulips waned during the second half of the 18th century, but never disappeared as Istanbul’s contemporary tulip festivals demonstrate. 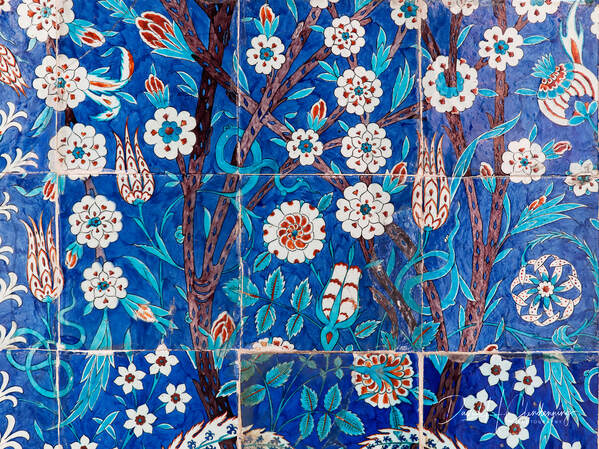 Amsterdam tulips in the Keukenhof Gardens, one of the most beautiful gardens in Europe