One of the most dramatic and historic vistas in the world. 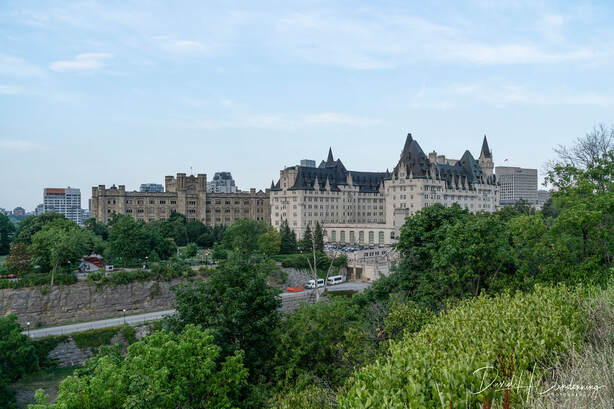 Title: View of Major's Hill Park and Chateau Laurier. Order No.: A1-2329. Location: Ottawa.
Views of the National Gallery of Canada
This kneeling bronze statue to the Anishnabe scout demonstrates that the Native people had acted as guides for Champlain and also recognizes the role of First Nations people in the development of Canada.
Major's Hill Park
Once known as Colonel's Hill after Lieutenant-Colonel John By, builder of the Rideau Canal, the area's name was changed when Major Daniel Bolton took up residence on the hill. Ottawa's first park, Major's Hill remains a picturesque setting for citizens and visiting tourists.
Chateau Laurier in  Winter,  February 2021 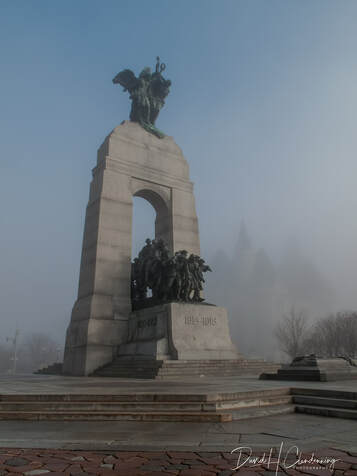 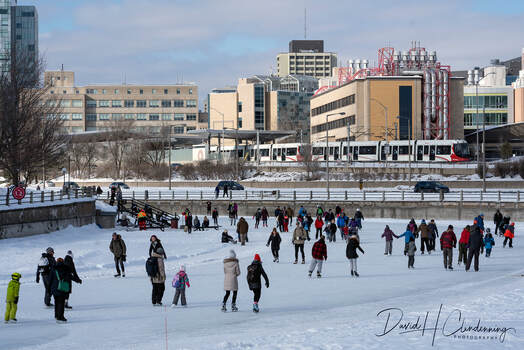 Title: Skater by University of Ottawa and LRT station. Order No.: A1-3304. Location: Rideau Canal. 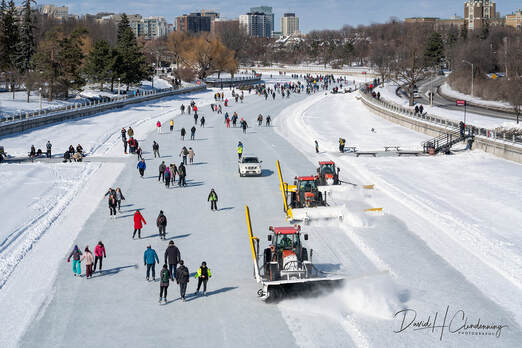 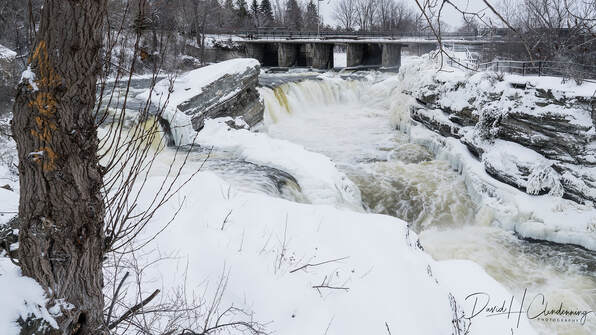 Hogs Back Falls in winter. Order No.: A1-0543. Location: Rideau River, near Carleton University, Ottawa.
Further down the Rideau Canal towards Kingston at the Jones Falls Lock