Found…...   A Sense of Peace
Click on photo to enlarge
Salvage, Central Newfoundland 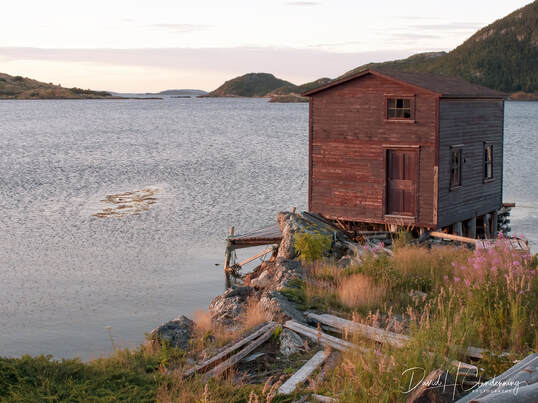 Title: Fishing Stage at Twilight. Order No.: A1-8868. Location: Canada (near Salvage, Newfoundland).

Tilting Harbour, UNESCO Site
Outbuildings and Fences in Tilting
​Outbuildings for many special purposes were used to supplement house storage requirements, and for fishing and agriculture. Although some outbuildings were clustered around the house, others were dispersed within extended family neighbourhoods. Ownership of these buildings would be impossible to determine by outsiders. Their locations were determined by function, circulations paths, land ownership, garden ownership, and water access rights. Outbuildings were often constructed from materials salvaged from other buildings. Houses were often turned into outbuildings if they had ceased to provide utility as dwellings, most often turning into barns or twine stores. Outbuildings were often sold and moved around the community, and their purpose could change: a fish and carpentry store could later be used as a barn. Most outbuildings were detached, single purpose structures. A few were attached.

Fences in photographs show the three types of traditional fences still present in Tilting and other locations in Newfoundland today: a paling fence, a longer fence and a picket fence. Longer and picket fences were “rinded” (bark removed) to make them last longer. The bark trapped moisture and could lead to decay. Paling fences were always painted.
Joe Batt's Arm 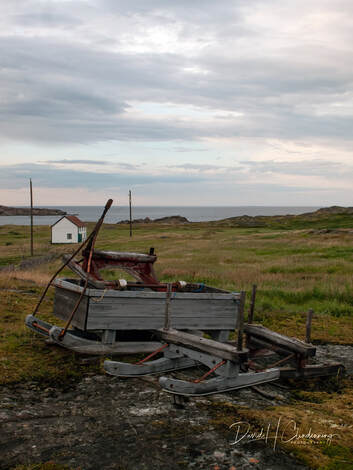 The history of the Newfoundland cod fishery dates from the discovery of the North American Continent. Almost immediately English, French, Spanish and Portuguese fisherman began coming annually to Newfoundland waters to fish for cod.

During the early decades of the sixteenth century, these fishermen learned how and where to fish, and how to preserve the fish. The fish were caught by hook and line using sea birds, herring, caplin and squid for bait.

The fishermen would fish off the banks of Newfoundland where fish could always be found. The catch was salted on board the ships and brought back to Europe to be dried and sold. The English fisherman did not have access to the supplies of salt that were available to the others and could not salt their fish to the same extent. They were however able to develop a system which combined light salting for a short period, followed by thorough washing, and then drying in the open air. The result was a light salted product for which Newfoundland eventually became famous.

The early fishery was a truly international affair with the four leading nations of Western Europe participating. However, wars in the late sixteenth century eliminated Spanish and Portuguese fisheries. Thereafter, the Newfoundland cod fishery was shared seasonally every summer, by the English and French. As a result of the wars in the early eighteenth century, France gave up its fishery on the South Coast and received in return the right to fish on the West Coast and Northern Peninsula. They retained this right until 1904 when by mutual agreement they relinquished it to the Newfoundland residents.

These Newfoundland residents were descended from two groups, the fishermen who originally came to fish on a seasonal basis returning to England at the end of each summer and the Irish who came to work with the fishermen and stayed. The fishing ships were gradually replaced by trading ships, which came to exchange goods for fish. In order to maintain a supply of goods, warehouses and mercantile establishments were erected in some fishing ports. 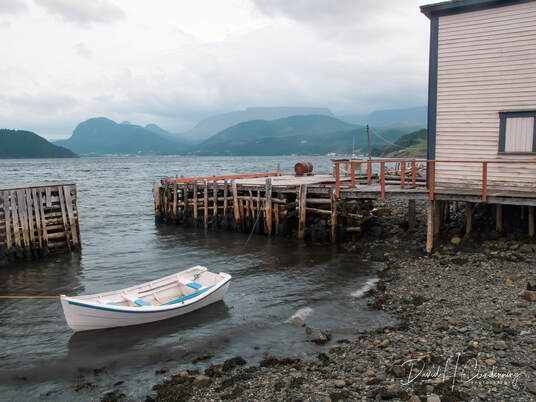 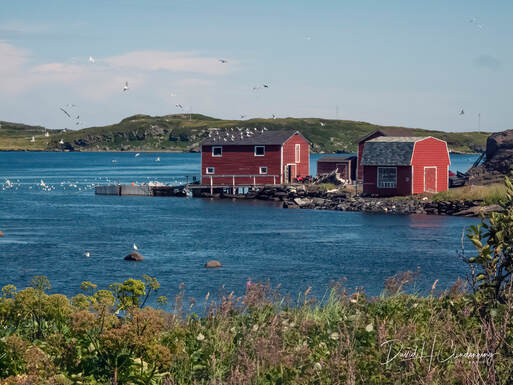 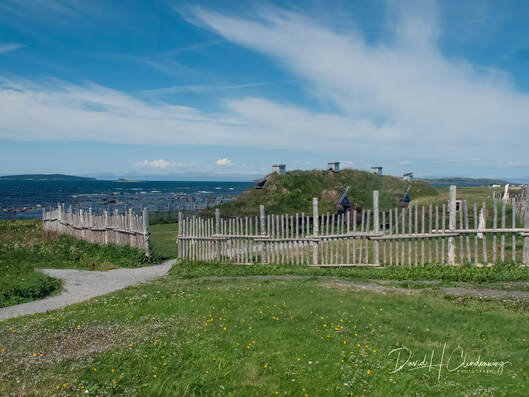 - The non-iron material (sand, clay) drains to the bottom and congeals as a bowl of slag or flows away.
Bonavista Peninsula including Trinity Bay, Port Reston and English Bay 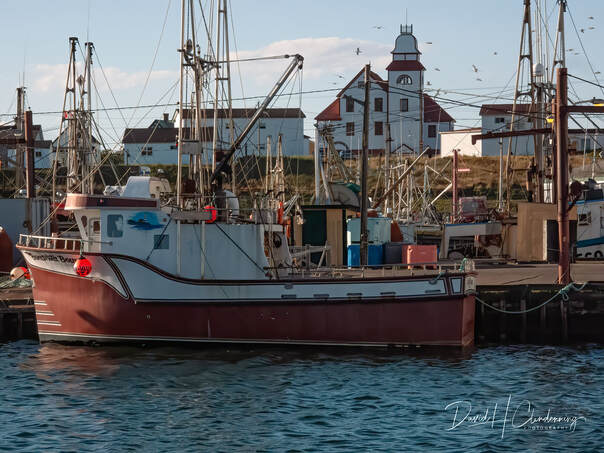