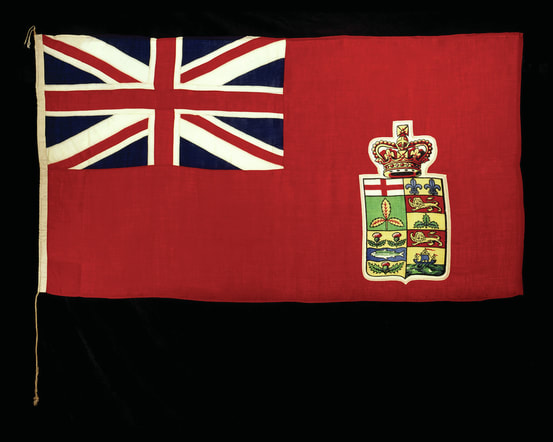 Title: Intricate Wood Carving of Canada's earliest Coat-of-Arms of 1870. Order No.: A1-8183. Location: Library of Parliament, Ottawa.
Our country's Flag - The Canadian Red Ensign flying in 1959 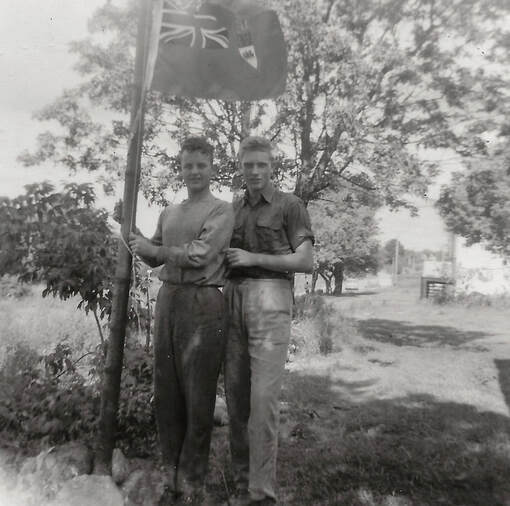