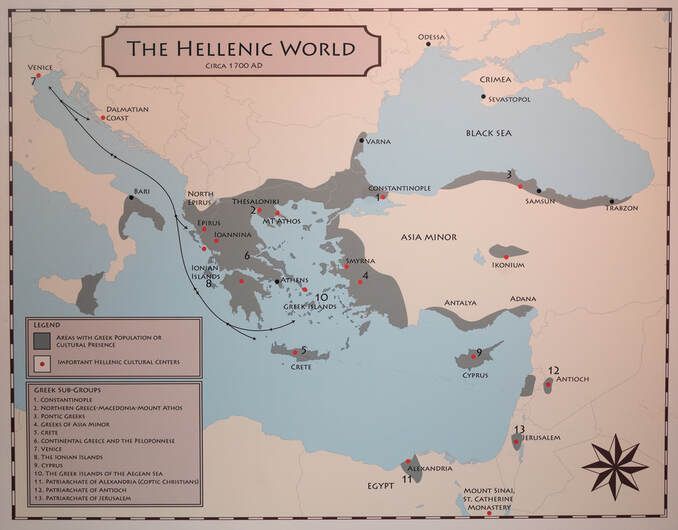 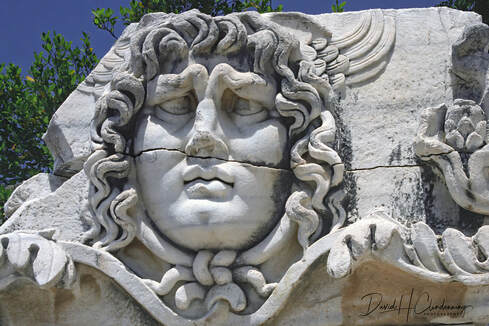 The author’s definition of “Byzantine” includes “all the work produced in the Byzantine sphere” (namely, in the Balkans, in Armenia, in Russia, in Italy, Africa, Greece, and in Asia Minor) “…and especially at Constantinople after the synthesis of East and West, of Greek, of Roman, of Syrian, and of Persian elements had been brought about as the outcome of the adoption of Christianity as the state religion”. For more than ten centuries these cultural streams and their many tributaries had flowed through Constantinople east and west and into the Slavonic world. This created a “fruitful traffic in ideas” between the Byzantine capita and the Christian and Moslem worlds. One sees in Byzantine art something “which links it, as far as aims and methods are concerned with the art of today..” We should  not the judge Byzantine art by Greco-Roman Renaissance criteria it is this short-sighted approach to Byzantine art which, in the past, led the academic dogmatists to criticize it as a manifestation of decadence.
Painting & Stained Glass
The art of Constantinople had a far reaching and long lasting impact on the surrounding region. The period dates from  the 5th through the 15th centuries. It includes art centred in the Ukraine and Russia as well.

First, the Early Byzantine period, associated with the Emperor Justinian, dates from 527 to 726.

In 726 the iconoclastic controversy led to the destruction of many images.

The middle period began in 823, when Empress Theodora reinstated the veneration of icons and lasted until 1204, when Christian crusaders from the West occupied Constantinople.

The late Byzantine period began with the restoration of Byzantine rule in 1261, and ended when Constantinople fell to the Ottoman Turks in 1453.

Byzantine art continued to flourish in Russia, which succeeded Constantinople, as the centre of the Eastern Orthodox Church.

The First Sanctuaries - Paintings on Walls
The Engleistra (Place of Seclusion) of Agios Neofytos Monastery, 12th century. The paintings follow traditional Byzantine church decoration and were completed after 1197.
In the Byzantium Style
Negative scanned film used, circa. 1988-89.
Map of Armenian History  - Region of Conflict 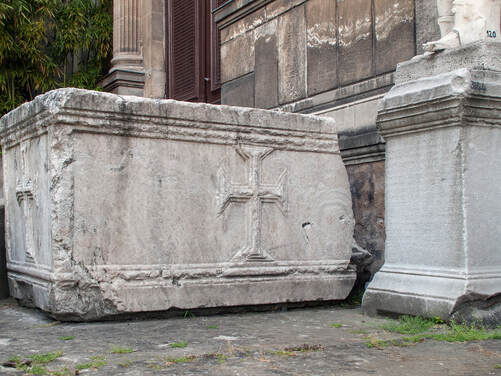 Title: Christian Tomb, Byzantium era. Order No.: A1-0921. Location: Topkapi, Istanbul.
Christianity continues to struggle in Turkey
Bulgarian St Stephen Church also known as the Bulgarian Iron Church, is a Bulgarian Orthodox church in Balat, Istanbul, Turkey. It is famous for being made of prefabricated cast iron elements in the neo-Byzantine style. Back in 1871 this church was constructed from cast-iron pieces shipped down the Danube and across the Black Sea from Vienna on 100 barges, the idea was extremely novel. The congregation comprised members of the Bulgarian Orthodox Exarchate (Bulgarian Orthodox Church0, which broke away from the Greek Ecumenical Orthodox Patriarchate in 1872.
Rome in the East: The Art of Byzantium 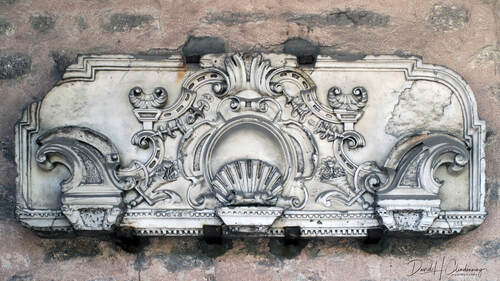 One of Canada's artistic treasures

Built in 1907-1908 in the Byzantine Revival style the church contains a remarkable cycle of paintings by ten prominent Canadian Artists, including three (J.E.H. MacDonald, Fred Varley and Frank Carmichael) from the famous Group of Seven. The result was their only religious art.

St. Anne, of course, has no iconostasis (screen bearing icons, separating the sanctuary of many Eastern churches from the nave.), and this changes the relationship of the paintings to the space. In St. Anne's there is an emphatic stress of the apsidal chancel with the sequence of five trapezoidal panels above the window and two more above the organ pipes. Alongside these seven scenes illustrating events in the Gospels, the four major scenes on the triangular pendentives illustrate moments in Jesus's life (nativity, crucifixion, resurrection and ascension). They are unquestionably the highlight of the iconography,

The elaborate interior mural decoration, designed by J. E.H. MacDonald, cover the walls and ceiling of the apse, the main arches, the pendentives and the central dome. The cycle combines narrative scenes, written texts, as well as decorative plasterwork and detailing accentuating the architectural lines of the building. Official recognition refers to the building and its interior decorative work on its legal lot.

Its cycle of painting belongs to the revival of mural decoration that emerged int he last quarter of the 19th century and is a manifestation of the Arts and Crafts movement which sought to ally architecture with the sister arts of painting and sculpture.

St. Anne's decorative cycle draws upon the motifs, colours and the artistic conventions of Byzantine art while adapting their character to reflect a contemporary Canaidan setting. The works are integral to the church's architectural style.

The original decision to build in a Byzantine style reflected the support for an ecumenical movement that advocated unification with other Protestant denominations. Architect W. Ford Howland's design was intended to evoke the early Byzantine period, before the Christain church had split into its subsequent numerous denominations.
Apse or Chancel Ceiling

​The apse or chancel ceiling has a background of blue over which is a vine leaf pattern with clusters of grapes in gold leaf. On the ceiling are circular decorations including symbols such as the Three of Life guarded by the two cherubim, and the Lamb. The alpha (A) and the Omega (W) signify Christ as the beginning and the end. Also present are the letters I and C, which are the first and last letters of Jesus in Greek, and C and R, which are the initials letters of Christ in Greek. These combined with the Greek Word NIKE (conquers) give "Jesus Christ conquers". These are ancient Christain symbols. Between the chancel windows are circular plaster reliefs depicting a peacock and an urn by the sculptors Frances Loring and Florence Wyle. The central mosaic work added in 1960 was the work of Nicholas Kavakonis. The stained glass windows in the chancel came from the original 1862 church. St. Anne's was designated a National Historic Site in 1997. 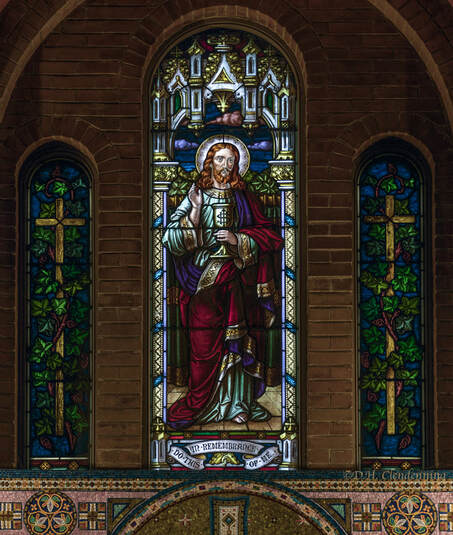